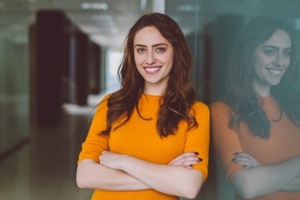 It’s no secret that Canada has been facing a labour shortage this year. But could things be turning around for employers desperate to hire top-notch talent?

Here’s what happened in the Canadian labour market July 2022

The number of employed Canadians edged down ever so slightly over the last two months (-74,000 since June), however looking at the previous 12 months employment has grown by more than one million workers — making the dip nearly inconsequential. This combined with the fact the unemployment rate remained at its historic low of 4.9% in July, the reality is, the current Canadian talent squeeze isn’t loosening up anytime soon.

Where did everybody go?

The core-aged labour force participation rate hit a record high of 88.6% in March of this year and continues to remain elevated above comparable pre-pandemic levels. Which begs the question — if there’s a higher percentage of Canadians working than ever before, then why are we facing a labour shortage?

To put it simply, it’s time for Baby Boomers to retire. Prior to the onset of the pandemic, employers were already seeing a tight labour market moving in the direction we find ourselves now.

According to a recent economic report from BMO, the pandemic may have even exacerbated the issue. “While this demographic drain on the labour force was coming at us full speed, the pandemic appears to have created at least some additional disturbances through earlier retirements, lifestyle changes and job switching,” BMO reports. Their research found a significant increase in Canadians leaving the workforce both due to retirement as well as for personal or family reasons.

Nurses are in high demand, but the supply is dwindling

Despite a recorded employment increase of 30,000 nurses from December 2020 to December 2021, employment in the sector has been steadily declining month over month in 2022. Statistics Canada reports, “Nursing vacancies in early 2022 were more than triple (+219.8%) the level of five years earlier, illustrating the extent to which longer-term trends may be contributing to the current challenges facing hospitals and other health care employers.”

Nurses are also working longer hours and are accumulating more overtime than they were at this time last year. While the increase is minimal — 7.8% of nurses working 49 or more total hours in the Statistics Canada reference week this year compared to 7.3% last year — it’s worth noting that this is well above the average level of 5.4% recorded from 2017-2019.

Last month, 11.2% of employed nurses were off sick for at least part of Statistics Canada’s reference week, meanwhile 21.6% of those who were not absent completed paid overtime in July – more than double the proportion for all other employees who were at work across all other industries.

Wages are increasing, but so is income inequality

Despite slower wage growth at the beginning of the year, employers have been reacting to the labour market crunch and inflation. The average hourly wages of employees were up 5.2% on a year-over-year basis in July, staying on course for the pace of wage growth recorded in June.

While a 5.2% year-over-year increase in wages seems high at first glance, it’s important to remember the most recent inflation data indicated the Consumer Price Index rose 8.1% on a year-over-year basis in June — the largest annual change in nearly 40 years.

Additionally, the latest release of estimates from the Distributions of Household Economic Accounts found that while there were “broad-based increases” in wages and salaries, income inequality had increased.

Comparing the first quarter of 2022 with 2021 found the majority of Canadians, particularly those in lower-income brackets, were much worse off seeing drops in their disposable income and savings and an increase in their debt-to-income ratio. Simultaneously, the household income of Canadians in the top 20% increased by 2% — widening the gap in disposable income between the highest and lowest earning households even further than prior to the pandemic.

Could labour churn be the issue?

Statistics Canada says no, “As of July, there was little indication that tight labour market conditions in recent months had led to an increase in the likelihood of workers voluntarily leaving a job or switching jobs.”

The market indicators Statistics Canada uses to determine labour churn remain relatively unchanged compared to pre-pandemic numbers. In fact, the job changing rate is 0.1% lower in July 2022 at 0.6%, compared to 0.7% in July 2019. Unlike the US, Canada did not experience a “great resignation” per se.

Long-term unemployment also fell for the second consecutive month, reenforcing the labour market issue that there are simply more available jobs than there are people available to fill them.

How can Agilus help?

People want to work, and in an employee-driven market employers need a competitive edge to attract and retain top talent. We have over 45 years of proven success helping employers find top-notch candidates and improve their hiring strategies. Our team of recruitment and human resourcing experts from coast-to-coast are able to help your business navigate the uncertainty of the current economic climate, develop your Employee Value Proposition, and most importantly – find you the right people, right now. Contact us today to get started.